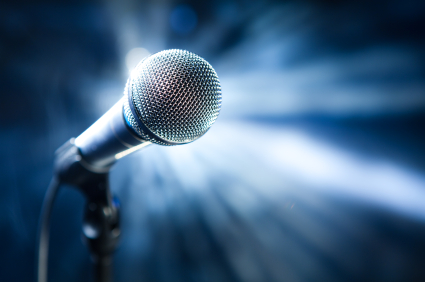 In the entertainment and media realms, one of the most underrated opportunities is undeniably voice acting. Whether you’re interested in earning a side income or a full-time living, working as a voice actor can be an extremely fulfilling vocation. If you manage to make it into the industry, you can look forward to a profession that’s as varied as it is interesting. Although it’s a tough racket to break into, possibilities abound for those who are motivated and creative.

The Job Description
Your typical voice actor performs speaking roles in animated network programs and movies, radio and TV advertisements, video games and more. Providing voice-overs and reading all manner of dialogue in a variety of pitches and tones comes with the territory. Depending on the job in question, voice actors may need to do a fair amount of improvisation. Coming up with characters and putting one’s own personal spin on different roles is also to be expected if you plan on drawing a paycheck as a voice actor or actress.

Pros, Cons & Compensation
The upsides to voice acting include the freedom to choose different roles, decent pay at the upper levels and relative flexibility in terms of schedule. On the flip side, job security isn’t really a strong point of voice-over work. Compensation for voice actors is all over the map, though a well-known professional with years of experience can earn hundreds of thousands of dollars annually. A more realistic figure is somewhere between $42,707 and $50,506  per year. If you belong to SAG, you’re guaranteed a minimum of $760 for a four-hour recording session  as per union rules.

Education and Training
As you may have guessed, a career in voice acting doesn’t typically begin with a traditional educational track. If you’re serious about eventually landing those high-paying gigs, you should probably move to an area where the media and entertainment industries are strong. Either the Vancouver or southern California areas, where much of this kind of work is done, are smart destinations for the up-and-comer. Acting lessons and voice lessons are a good idea, as many voice actors are involved in TV and theater work before they win voice acting jobs.

Voice Acting Tips & Advice
Recording demos and uploading them to freelance sites such as Voice Over Xtra, Voices and Voice123 is a good idea if you’re just starting out. Networking at every level is key, so try to meet people in the industry while you’re working your way up. Every paying job is an audition for the next, so treat each one as if it’s the most important. When you get to the point where you’re actually earning money from voice work, be sure to sign with an agency or get professional representation.

Breaking Into the Business
In the digital age, the barriers to entry in the voice acting game have fallen dramatically in recent years. That means that there’s more opportunity but also more competition. Audition for spots in local radio advertisements or become involved in audio engineering to learn the ropes of the business and make a name for yourself. If you have a burning desire to make it in voice acting, you’ll need to demonstrate it with a strong work ethic and a dedication to marketing yourself.

Becoming a Sommelier on the Side

Earning an Income as a Plumber

Making Money as a Massage Therapist