How to Make Money on Popular TV Game Shows 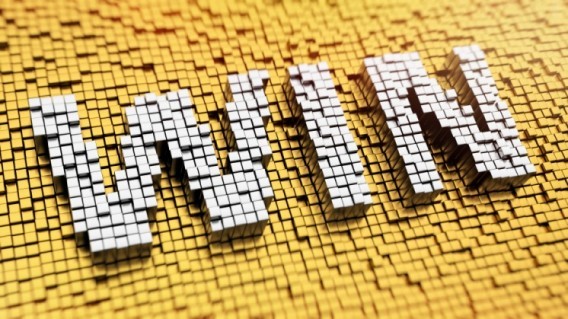 They make it look easy – game show contestants standing in front of a live audience raking in the cash like it’s a breeze. While winning lots of money on a popular TV game show might look like a walk in the park, there are a lot of actions that go on behind the scenes. Many contestants train for months before appearing on a show.

If it’s always been your dream to win lots of money on a popular game show, such as Jeopardy, Family Feud or Let’s Make a Deal, you need to learn all you can about the show. You also need to do necessary prep work and train for your event just like an athlete would. While doing your homework won’t guarantee that you’ll win millions, it will increase the odds that you’ll win something, even if it’s only a consolation prize.

Winnings on Jeopardy are not capped and are based on your personal performance. For this reason, and the fact that Jeopardy is a trivia-based game show, a great deal of preparation and studying is needed in order to be successful on the show. In fact, Jeopardy requires that you prove yourself multiple times before even getting on stage.

To be eligible for Jeopardy, you must first take an online test in your age category. You can only take one test per year. If you do not pass, you cannot take the test for another year. If you pass, you may be invited to an in-person interview located in a city of your choosing. At the interview, you will be asked to answer 50 Jeopardy-style questions and some questions about yourself in front of an interviewer. You will also compete against two other contestant hopefuls in a mock version of the game.

If selected to appear on the game show, you will have to do a great deal of studying covering multiple topics. As there is no way to know the exact questions you will be asked on the show, it’s important to learn as much as you can before the show.

Contestants on Family Feud can win up to $100,000 plus a brand new car. To appear on Family Feud, you must first submit an audition video showcasing each member of the team or set up an appointment for all of you to audition in person. Unlike other game shows where single contestants compete against each other, Family Feud requires teams of at least five family members. All members must be related by blood, marriage or legal adoption.

You can upload audition videos directly to the Family Feud website. The casting team recommends making funny videos using props, costumes and anything else that will set your family apart from other families. Some families play a mock round of the game while others sing, dance or tell jokes.

When it comes to preparing for the show, Family Feud requires the least amount of work. Since all questions are based on quick, simple surveys, no studying is required. However, it’s a good idea to have several mock sessions with the whole family to alleviate nerves and get everyone focused.

The Price Is Right

Contestants appearing on the Price is Right have the chance to win cash and a wide variety of prizes, such as appliances, vacations, automobiles, furniture, jewelry, electronics and more.

The Price Is Right tapes two shows per day on select dates, which are listed on the website. In order to compete on the show, you must obtain tickets to the taping of your choice and go through a short screening process that takes place just before the show begins. While all ticket holders have a chance of being selected, only nine are picked from an audience of about 325 people. Producers of the show meet briefly with all audience members to determine which ones will be given a chance to appear on the show. Producers often look for interesting or enthusiastic people.

To get ready for the show, it’s a good idea to familiarize yourself with current prices of popular products as well as individual games played on the show.

Contestants on Let’s Make a Deal compete briefly for small packages of cash and prizes. Compared to other game shows, this show requires very little screen time and is one of the easiest shows to prepare for. However, you are encouraged to wear a unique costume that will make you stand out from the rest of the crowd. Out of 190 audience members, 1 in 18 is picked to be contestants on the show. In order to be in the running, you must tell producers before the show and go through a short interview process, which includes filling out forms, a personal interview and a short screening test. If something about you, your story or your costume stands out, you might be picked to be a contestant on the show.

Who Wants to Be a Millionaire?

Who Wants to Be a Millionaire is a trivia-style game that gives away huge cash prizes to contestants who successfully answer questions and navigate through several prize tiers. All contestants are required to provide their own transportation to and from the show as well as pay for their own accommodations during the taping of the show.

To be considered as a contestant on Who Wants to Be a Millionaire, you can do one of the following: ask for an audition while attending a live taping of the show in New York or attend an open casting call in a city near you. Open casting calls are announced on the show’s website and are usually held in late spring and early summer. Contestant hopefuls are asked to take a written test and sit for a personal interview. Successful candidates are entered into a contestant pool, from which contestants are selected.

As with other trivia-based shows, Who Want to Be a Millionaire requires a great deal of studying and practicing. Before appearing on the show, you should familiarize yourself with as many topics as possible as well as conduct mock sessions.

To win money on Wipeout, you must successfully complete a physically-challenging obstacle course. For this reason, you must pass certain physical requirements to appear on the show. For example, all contestants must know how to swim since the course hovers above a body of water. You must also be willing to take a beating and endure the merciless mocking of the hosts.

The process of applying to be a contestant on the show is quite easy. All you have to do is send your personal information along with a photo and a brief description of why you would make a great contestant to Wipeout, ABC or Mystic Art Pictures.

As you can see, there are many details involved when it comes to appearing as a contestant on a game show. Getting on the show is only part of the battle. You must be prepared to work hard and persevere despite obstacles and setbacks. Are you ready for the challenge ?

Starting a Board Game Side Business

Starting a Band on the Side