Grow Your Income with Money Earned as a Thirty-One Consultant 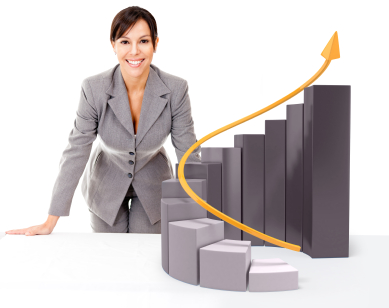 Thirty-One, a person-to-person sales business, specializes in totes, purses, stationary, kitchen goods, and other organizational items. Consultants with Thirty-One work when they want to, earning as much or as little as they desire. For a small fee of $99, consultants get a sales kit, training, and all the guidance they need to start their own person-to-person retail business.

Similar to other person-to-person marketing plans, consultants with Thirty-One work directly under their consultant. They can also recruit consultants themselves to earn a higher rank in the hierarchy of Thirty-One.

Thirty-One is perfect for individuals who desire a flexible, easy way to make money. Consultants schedule parties according to their own schedule, meaning they can work when they have free time, have childcare, or just need some extra money. Full-time or part-time, Thirty-One consultants schedule their work around their life, not the other way around. Many consultants work only a handful of hours each week.

Most consultants who join Thirty-One have zero sales experience. You don’t have to have sales training, business knowledge or any other special skills. Thirty-One trains all consultants and gives them all the tools they need for success.

How Do Consultants Earn Money?

As with most multi-level, direct-sales business plans, consultants at Thirty-One earn commission on all the sales they make as well as a percentage of the sales made by their recruits. Entry-level consultants make the least amount of money, but as they recruit consultants and rise higher in the ranks, their income also rises.

How Much Money Do Consultants Make?

Of course, the amount of money you earn will depend primarily on your skills and how hard you work at your business. The consultants who put the most time and energy into their business are the ones who earn higher wages.

As one of the fastest-growing direct-sales businesses, Thirty-One is in a great position to become the next greatest thing. Consultants who join Thirty-One during this time of tremendous growth can grow their own business as the companies sales continue to increase. Thirty-One has also been in the media lately, which gives consultants an extra advertising edge.

Through their philanthropic endeavors, Thirty-One strives to give back to the community. The company is well known for its generosity, and consultants are encouraged to take part in charitable campaigns. Many women join Thirty-One to work with a company that values family and community above all else.

It’s Time To Discover Your Multiple Streams of Income

How to Make Money as a Fragrance Consultant for Gold Canyon

How to Make Money with Tomboy Tools