Celebrities and their Side Hustles: Money-Making Strategies 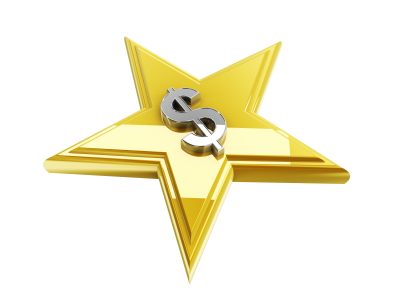 If you think celebrities make all their money in Hollywood, you’d be mistaken. The truth is, celebrities are business people just like everyone else. They understand the need for a solid business plan, connections, and diversification. The famous don’t rely on multi-million dollar contracts alone; they do everything they can to create multiple streams of income.

Celebrities know what all other successful business people know: In order to be successful, you need multiple eggs in your basket. Anyone who relies on one stream of income is setting themselves up for failure. When you have multiple forms of income, you can weather financial dips in one or several businesses without putting your family and lifestyle at risk.

Looking for inspiration? Following are several celebrities who have opened their own businesses on the side. They know how fickle Hollywood and the economy can be; they’re not taking any chances.

If you want to achieve financial success and freedom, emulate the stars. While you may not be able to land a lucrative recording or film contract, you can do what they do best: diversify. Always look for new streams of income. With multiple streams of income you will earn more money and protect your finances from the unexpected.