11 Business Lessons to Learn from the Olympics 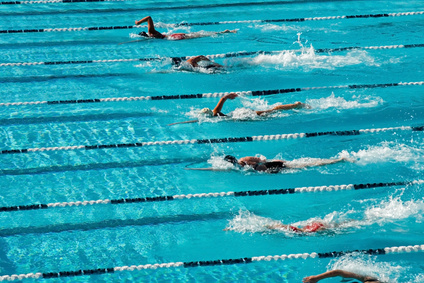 Every four years, the world’s best athletes in a variety of sports gather together to compete for the ultimate prize. Entrepreneurs can learn a lot from the Olympic Games if they look beyond statistics, records and athlete profiles. Here are 11 key lessons that every business owner can learn from the Olympic festivities.

Perseverance Is the Key to Success
It should go without saying that the most successful entrepreneurs in the world are the ones that are willing to go the extra mile. While Olympians owe some of their success to genetics, DNA simply doesn’t explain their reliable excellence. Ultimately, the amount of effort that you put into a sound business plan and executing it will dictate how far you get. Despite challenges and temporary setbacks, Oympians and successful business owners never give up.

Timing Is Almost Everything
Athletes know all too well that the only performance that counts is the one they turn in on the day of the big event. If you peak too early or too late as a business, a competitor will swoop in and steal your thunder and market share. Even the best ideas will fail if they aren’t presented at the right time.

Planning Is Essential
If the Olympic Games in Rio de Janeiro prove anything, it’s that there’s simply no substitute for planning things out well in advance. While you can’t script every detail of a business’s life cycle ahead of time, it never hurts to contemplate possible problems and come up with solutions to each. If you don’t, a disaster could be your likely reward.

Few Projects Ever Come in Under Budget
Every Olympic Games is projected to cost billions of dollars from start to finish when all expenses are tallied up. Without fail, the Games always end up being far more expensive than anyone ever imagined. The point is that sticking to an exact budget is harder than you’d think. Always over-estimate how much a project will cost when acquiring funding.

Teams Are More Important than Individuals
While superstars like Michael Phelps usually get all the glory, they owe much to their support staff. Even athletes in sports that are highly individualized owe much of their success to the people behind the scenes that you don’t usually see. The point is that every team member is important. Always remember to give them the recognition they deserve.

Don’t Look to History to Dictate the Odds
It’s nearly impossible to predict the future by looking at the past in spite of the fact that history tends to repeat itself. Every Olympics, an impressive “first” is achieved by some astounding athlete against all odds. Just because another entrepreneur hasn’t achieved a goal that you seek doesn’t mean that doing so is impossible or unlikely.

Always have a Plan B…and C
Would-be titans of industry that base their business plans around a series of fortuitous events occurring at the perfect time are often disappointed. When starting or expanding any business, it’s important to bake setbacks into the cake as far as the blueprint is concerned. If even half of your anticipated setbacks don’t occur, you can consider yourself lucky.

You Don’t Always Need to Finish First to Win
As alluring as a gold medal can be, smart athletes realize that not every gold medal is worth the effort. Track and field athletes in particular know how important it is to save one’s strength for the events that really count in a team scenario. Sometimes, it’s best to settle for a silver or bronze to score a gold later on.

Momentum Is a Crucial Ingredient in the Success Equation
Even though the favorite in any competition usually takes the prize, there’s always one scrappy athlete or team that surprises you. The underdogs that end up at the top of the pile start off by winning a surprise victory right off the bat and never letting up. Each success makes the next one more and more likely as time marches on.

Losing Well Matters
In business, your most valuable asset is your brand image. At the very least, being gracious in failure will ensure that the general public still has a favorable image of you the next time they consider giving you their business. Poor losers don’t do themselves any favors in the public eye when they react negatively to a temporary setback.

Don’t Buy Your Own Hype
In many cases, being the favorite can become more of a curse than a blessing. Top dogs in both the sports and business worlds always have giant targets painted on their backs. Becoming cocky is the worst thing that top businesses, teams and athletes can do. Never take for granted that you can easily be knocked off of your perch in the blink of an eye. Stay focused and keep growing multiple streams of income for your business.

There’s Always a Certain Amount of Luck Involved
No matter how hard they plan and prepare, even the most talented Olympic athletes sometimes lose due to dumb luck. Just ask any ice skater that puts in ten thousand hours at the rink only to catch an edge during a Triple Axel. Always have a backup or recovery plan in place in case a freak occurrence derails your initial game plan. 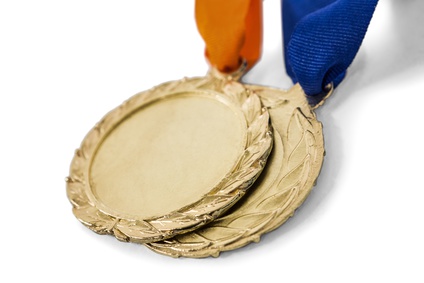 In business as in sports, your mindset often dictates whether or not you’ll reach your long-term milestones. A positive mental attitude will always be your most valuable asset regardless of the specific kind of business that you wish to build. If you can dream it, you can probably achieve it given enough time, brainpower, muscle and sheer grit.